Sannox Church is a special place with a Christian histor 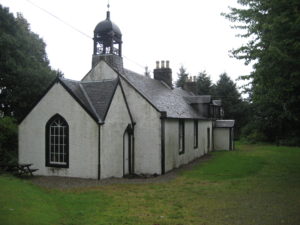 y and heritage spanning over 200 years. We believe services were held on the site around the mid 18th century and a house church was formed in 1806 after the breakout of spiritual revival following the visit of the Haldane brothers. This met for 16 years before the local community asked for land from the Duke of Hamilton to build their own church. Land was given and Sannox church, manse and stable block, now Dundarroch, was built in 1822. 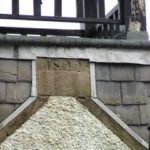 The Clearances severely affected the village in Glen Sannox and hundreds of people left the island to go to places such as Ayrshire and Canada. Of those who went to Canada many settled in Inverness township in Megantic County, Quebec Province where they built a replica church and to New Brunswick. The town of Dalhousie has Inch Arran Beach and park. It is recorded that the second minister of Sannox, the Rev John Blacklock, established an inter-denominational Highland College to train young men as Gaelic evangelists who ministered to Baptist and Congregational churches around Scotland. It is also recorded that during the years between the 1940s and the 1960s two Episcopal clergy ministered at Sannox with at least one of them doing so without the approval of his Bishop!

In the 1970s a group of Arran people from various denominations asked that the buildings continue to be used for missionary purposes and this led to the formation of the Sannox Christian Centre (SCC). From the 1980’s to the present day Christians on Arran have been praying at the site, keeping up this Christian heritage and witness, hoping for its restoration as a place of Christian worship and prayer. This history is unique and resonates with the ways of the old Celtic church. It is a special place blessed by God and loved by the community.  It tells the story of a wonderful song that God has been orchestrating over the years. A poem, “Sabbath Morning at Sannox” by W John Moles, which sits on the window sill of Sannox Church, 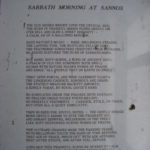 encapsulates the Christian importance of this peaceful and unique place. The last verse reads:

Long may this peaceful scene be spared to calm
the troubled mind, to ease the anxious heart;
and by the virtue of its healing balm
lost hope restore, new health and strength impart.

We plan to continue that song, to preserve the simple peace of Sannox Church, to offer blessing, healing, restoration and hope to all who come to Sannox and to reach out in service to the people of Arran and Scotland in the name of Christ.