There are five Trustees of the Sannox Christian Centre; Andy Hall, Stuart Carr, George Hazel, Moira Shirreff,  and Alistair Barton.  Below you will find a little information about each of them. 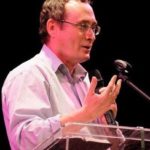 Andy serves as the chairman of the Board at Sannox.

Anglican by conversion, conservative evangelical by theological training and charismatic by persuasion and practice, Andy brings a broad range of theological perspective and personal experience to bear on his role with Sannox.

Andy has been involved with SCC from the early days. Until recently, he has been part of the leadership team at the Lighthouse Church in Troon South Ayrshire for over 10 years. He travels widely across the UK encouraging and strengthening church leadership teams. He is also the leader of a network in Scotland working to, turn renewal into revival and revival into reformation; it’s called  The Lions Roar for Scotland!
Andy is committed to a strong Kingdom theology, believing that the church owes the world an encounter with the signs and wonders ministry of Jesus and that God wants to release a Word & Spirit revival in the nation of the UK. 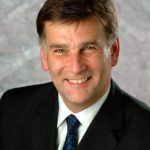 For over 45 years I have felt the call from God to establish a Christian centre for prayer and worship in Scotland based on the principles followed by the Celtic Christian saints. In 2010 this journey led me to Arran and the congregational church at Sannox. As I sensed that this was finally the place where such a centre was to be established I discovered that there were Christian people on the island who had been praying for same vision for many years.  Since the charity established Sannox Christian Centre in 2012 amazing things have happened to confirm that fact and enable the centre to be developed.

My wife, Fiona, and our family have been visiting Arran for over 30 years and love the island and now we have a house in Corrie.  I split my time between Edinburgh and Arran, working with our staff and promoting the centre with other churches and organisations on the island, across Scotland and beyond.  In terms of my background, I was brought up in Baptist churches in Rosyth and Dunfermline and am now a member of Central Church in Edinburgh.   My main area of ministry is leading worship. I play the guitar and Fiona plays the piano. We have three children and four grand-children. I graduated as a civil engineer and have practiced in the public and private sectors and as an academic in transport policy and planning. I now work as a self-employed transport planner. I am also a Trustee/Director of Whitebeam Housing Association, a partnership between the United Reformed Church, Scottish Churches Housing Action and Sannox Christian Centre, and Try Praying. 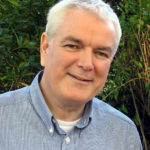 I first heard about the Sannox project when George Hazel approached me in 2012.   The whole concept struck a chord with me and it has been exciting to watch the pieces falling into place one after the other.   The opportunity to design something of a unique nature for a Christian organisation and for God’s glory is extremely rare and I have felt challenged, inspired and privileged since starting work on the design.    The symbolic ideas generating the plan form and the references to early Celtic architectural forms, particularly the centrally located Beehive Chapel, have been counterbalanced by a contemporary and forward looking approach in the construction detailing and environmental and energy strategy which will ensure energy conservation, low carbon emissions and responsible sourcing of materials.  I believe that this building, the Sannox site and the wonderful Arran setting will be a source of blessing to many in the years to come.

In terms of my professional life I have run my own architectural practice since graduating from Dundee University in 1984. I have won a number of architectural commendations and awards, primarily for housing design, including a Saltire award for my own house in rural Angus.  In 1989 I was placed first in the Regeneration of Scotland Design Awards for my work on the restoration, conversion and extension of Stirling Baptist Church.   In recent years I have headed up luxury hotel and major housing regeneration projects in London.   I am an active member and lay preacher in Strathmore Christian Fellowship in my home town of Kirriemuir where I sing and play violin as part of the worship team. 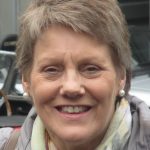 As a child growing up, I attended Old Gourock Parish Church with my family, and responded to the Gospel at the age of 11, when I attended a summer camp run by the local Brethren Churches.

I was baptised in George Square Baptist Church, Greenock on my 16th birthday and spent many summer holidays during my teenage years on beach mission teams at riverside towns on the shores of the Clyde. In the early 1980s, after a move to Edinburgh, my husband and I were involved in St Thomas Church in Corstorphine, and then following a move to Leeds we became active members of Moortown Baptist Church.

On returning to Scotland in 1987 we attended Bearsden Baptist Church for a few years before returning to Edinburgh, this time to Morningside, in 1990. During the 1990s I served as a Deacon at Morningside Baptist Church, chaired the Evangelism Group and was involved in All Age Worship Services. I chaired the organising group for an outreach initiative for the year 2000 – “Make the Connection”. This involved four churches – Barclay C of S, Craiglockhart C of S , St Catherine’s Argyle, C of S  and  Morningside Baptist  working together – to share the Good News of Jesus in our local communities.

After a move to Colinton, on the south side of Edinburgh, my husband Gordon and I joined Colinton Parish Church where I serve on the Welcome Team and as a Church Visitor. I’m also involved in leading Prayer Space, a weekly prayer gathering and I’m part of the leadership team of our Lent and Autumn Bible Study Groups. In January 2018, I was appointed to the post of Pastoral Care Development Worker at Colinton and as part of my work, have trained to be a Christian Celebrant.

In 2011, a friend, George Hazel shared with us a vision God had given him, to create a place of prayer and worship where people could come and find rest and be refreshed and restored in the presence of the Living God. The amazing vision struck a chord and over these past years it’s been a tremendous privilege to be part of the ongoing journey of the development of God’s plans for Sannox Christian Centre. 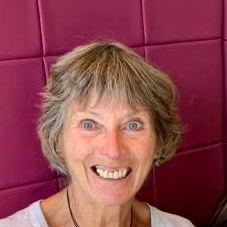 Brought up in Stirling where my family attended the Church of Scotland, I came to Edinburgh as a student and met George.  We attended Charlotte Baptist chapel, which was the student church in these days.  We have been members of Central Church for 44 years, where I have held many roles – starting as leader of Mother and Toddlers, going through the generations and ending up as deacon for Seniors.  I was also a Pastoral deacon and caring roles have always been what I am drawn to.

I worked as a Physiotherapist and latterly was a Paediatric Physio in a special school – a job I loved.   I retired early and now work as a massage therapist, mainly in palliative care, which is a huge privilege.  I also offer massage at Sannox when we have Rest and Restoration times there.

I have shared George’s vision for a place of worship and prayer and visited quite a few potential sites with him over the years.  However, when we came to Sannox, we both knew that this was ‘the place’.  It has been amazing to see how God has provided people and finances thus far and, having joined the Board in November 2021 I look forward to the next part of the Sannox journey. 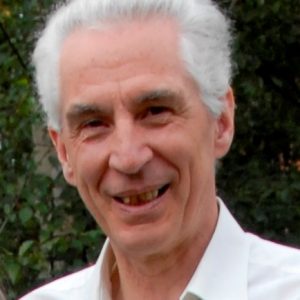 Alistair serves as Secretary and Treasurer on the board. He spent 23 years as an NHS Administrator, including 16 years as Administrator/Director of Facilities at Falkirk Royal Infirmary, then took a career change which led to my becoming a self-employed Policy Consultant working with Housing Associations and Charities.  In 2006 he joined the national prayer ministry Pray for Scotland as a Trustee, was Chair of Trustees 2007-2014 and has been Director from 2015 to date.  He is currently Board Chair of Almond Enterprises, a small social enterprise company providing local employment opportunities, linked to Almond Housing Association in Livingston. He is also Chairman of the Board of Directors of Street Connect, a Christian charity reaching out to the homeless and addicts on the streets of Glasgow and surrounding areas.  He is an elder at Kirkliston Parish Church of Scotland, currently leading the Mission & Discipleship Team and sharing in preaching when required.  He is married to Anne since 1971 and has 2 married sons and 6 grandchildren.  His ‘passion’ is to see prayer becoming a priority in every church, and to encourage ministers/pastors in every community to meet regularly, build fellowship and trust, and especially to pray regularly together – building a strong ‘net’ to contain the harvest to come!